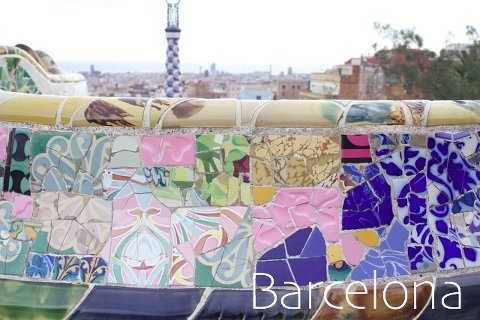 Stepping foot in Barcelona, one can see why the Spanish Empire sought to conquer countries like Costa Rica, Panama and Mexico, there are elements of each of those countries in Spain and you’d be forgiven for thinking you were in Latin America.

Having been to all of the above countries I felt an odd sense of deja vu in Spain, the nature belies that it’s climate is warm more often than not, although during my stay my London tights and scarf were needed). It’s also a city with a soul of art and Gaudi’s Barcelona in the UNESCO site like Park Guell make it a wonderland unique to Barcelona.

With the waving landscape of hills, city and sea combined its a city worth a stop and so much to take in that a weekend just didn’t feel like I did it justice.

Arriving I took the Aeropuerto Bus straight to Catlanya square, this could be considered one of the most central parts of the city and the majority of hotels and hostels are in this vicinity making it a great option for the budget friendly traveler and with only three stops this is an express service straight from the airport to its colorful heart.

The curves of the city only add its appeal as I set off my first full day on a hop-on-hop-off tour to make the most of the variety of things to see and do as most sites are spread out enough to make this option worthwhile if you are only in the city for a few days and want to really dive into the many sites worth seeing. 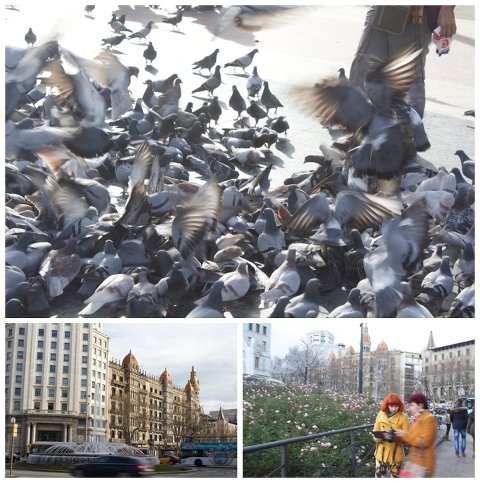 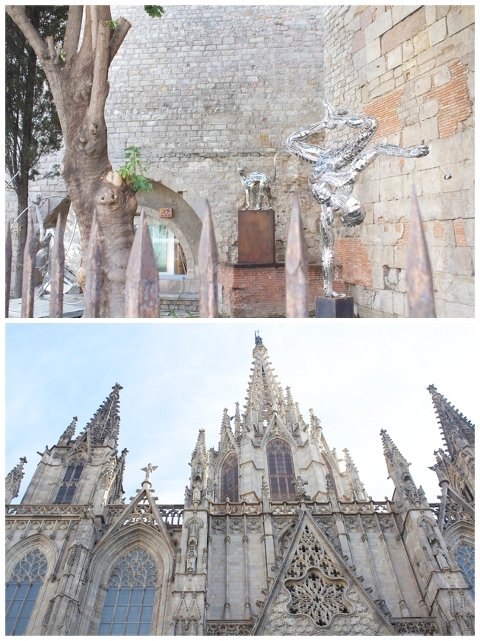 Silver Sculptures/Looking Up at the Gothic Cathedral

City Views from the Olympia and MNAC 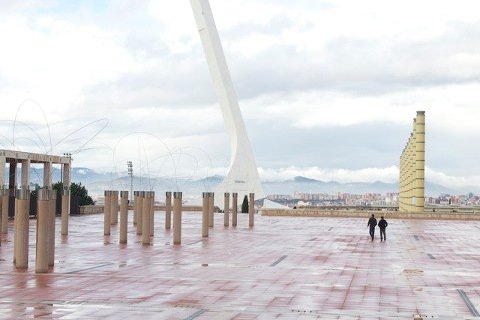 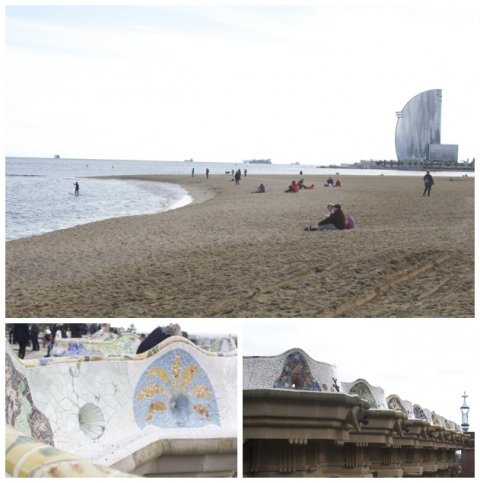 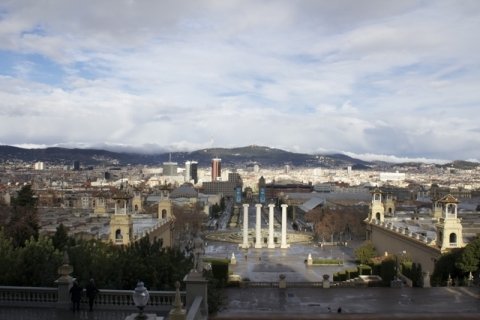 MNAC down to the city 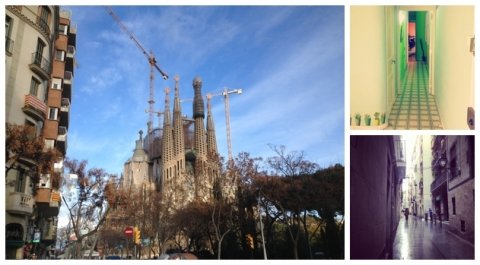 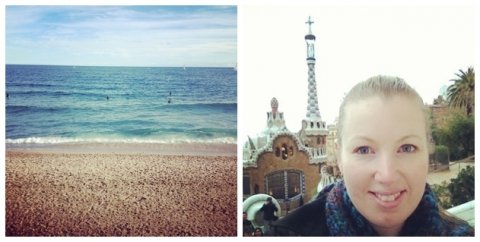 Walking into Park Guell it felt breathtaking looking out over the city and as the line went well past the pavement edge into Gaudi’s former home, I imagined what it would have been like for him to put his passions into the park while overlooking the city out to the stunning blue sea. It was obvious why this location is where the park is located, with a blue sky overhead and a scalloped landscape of Barcelona no wonder Gaudi made this his canvas. 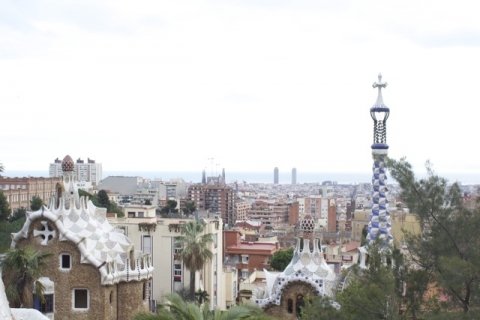 Park Guell and that famous View

Barcelona is a city with its heart on its sleeve, showing colors and vibrancy so connected with the language and culture of the Spanish. I know, like the latin countries I have visited before that a return trip is a must! 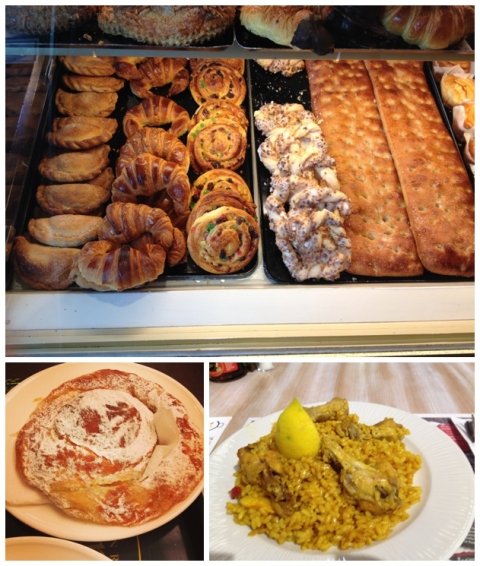 The food intake in Barcelona was relatively small due to the time of my being there and free breakfasts had in the hostel I stayed at. Unfortunately, no tapas were enjoyed during my time in Barcelona, La Pepita though was mentioned as a great little place worth eating at near my hostel, just off Ave Diagonal, unfortunately it was closed as I walked by. A local told me before I left for Spain that she could not recommend anywhere in particular to eat tapas as there are “just too many good places.” So go with your gut on where to eat, and you’ll probably have some decent tapas.

The next day as we drove past El Fornet on the tour bus I was hungry for lunch and the window caught my eye, so much so that I got off at the next stop and walked back to get a baguette and a filled pastry with delicious apple.

Wandering in the rain before stepping on the bus back to the airport I wandered Catalanya square’s neighboring blocks trying to find a good little paella restaurant and down an alley only moments from the bustling square I found Gustos, with a great array of paellas to satisfy anyone and it hit the spot perfectly with it’s saffron rice to the homey chicken and vegetables mixed within.