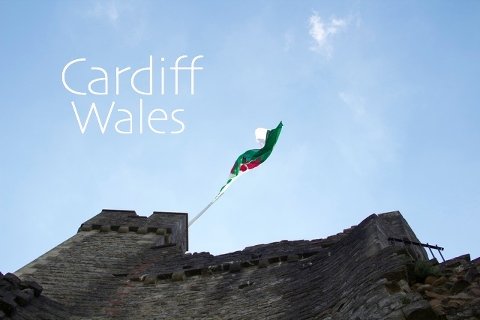 With the journey to Cardiff only being two hours from London by train it really was a seamless connection to the impressively vibrant Welsh capital that I found once I embarked from the train. A Friday evening in Cardiff was alive with bars of people spilling onto the streets enjoying an unwind after a week of work and the historical buildings stood alight in the dusk evening.

High street (the center of town) and Cardiff Castle are all within ten minutes walk of the train station, making it easy to see the focal points of what Cardiff has to offer if you are only on a flying weekend visit. Though the locals are sometimes hard to understand (and yes, they do speak Welsh in all it’s glory) it really is a historically vibrant city that has very much embraced the present. 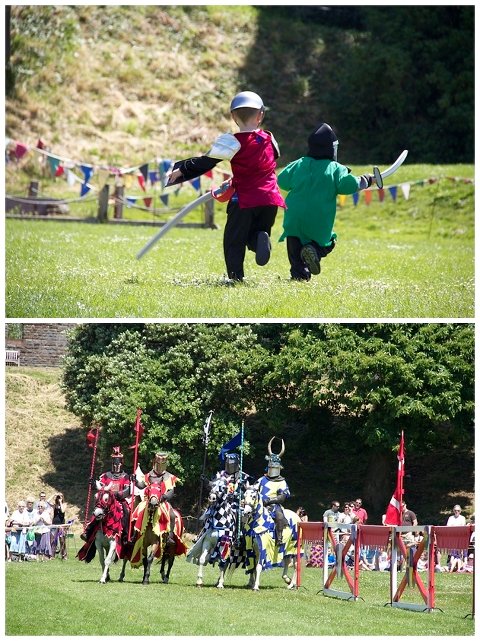 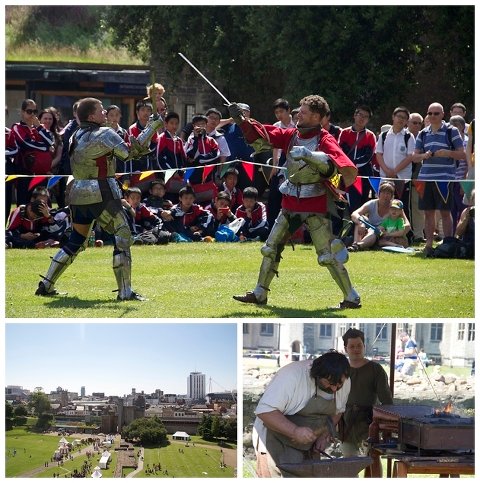 Cardiff’s history dates back to 1500 years prior to Stonehenge or the completion of Great Pyramid of Giza, when Neolithic people had settled in the area. With such a vast history a number of people’s have occupied the land in and around what is today’s Cardiff, including a Celtic British tribe and the Romans.

Waking up to bright blue skies overhead, the weather truly put on it’s best outfit during my stay and walking into Cardiff castle grounds it became evident it was the perfect weekend to make my journey there as it was the medieval weekend of Joust! Yes, real live jousting! Telling by the crowds swarming around the castle grounds this is very much a family day activity, yet as a single, childless, half adult I loved every minute of the show. If only to say I’ve now seen jousting with my very own eyes. 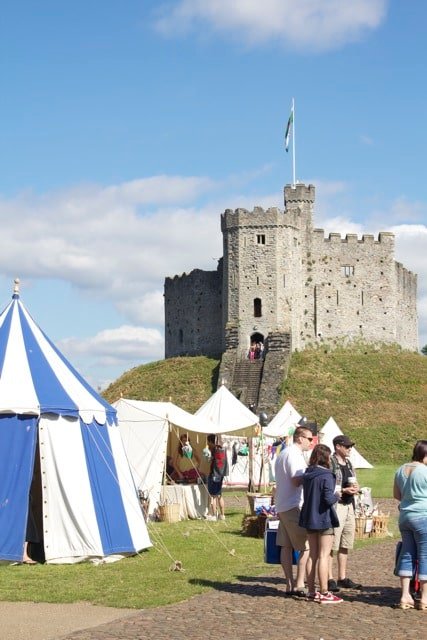 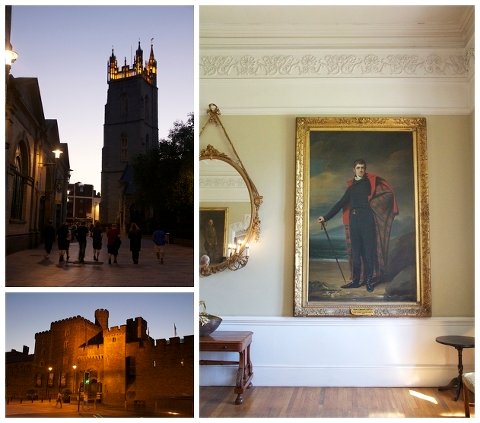 Cardiff castle has its ancestral roots with a very wealthy Scottish family who only spent 6 weeks per year in the castle and the Crichton-Stuart family line who once built and owned it are still very much a power family back home in their native Scotland. Taking a tour of the castle was well worth it, if only to see precise decoration of the children’s nursery, complete with fairy tales on the walls. or the dinning room with the family tree streaming from the ceiling. A dinning room that has served presidents, sports players and various other VIPs.

Climbing and clinging to the very steep steps up to the view across Cardiff was well worth it. 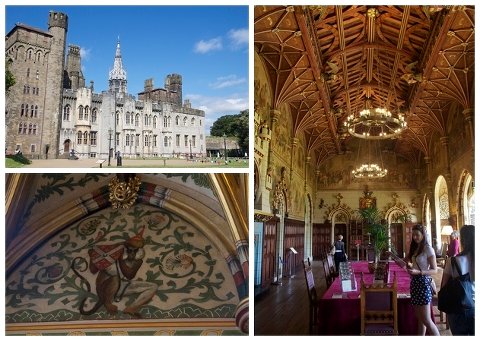 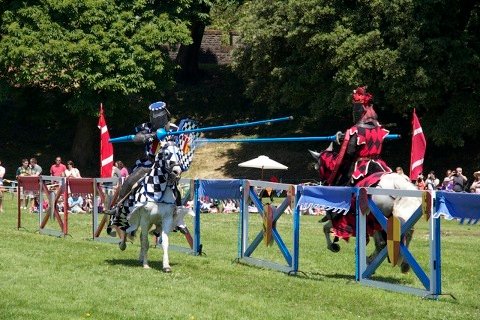 The animal wall was also commissioned by Mr John Marquess of Bute, however, it has been expanded and restored to it’s former glory. The animals hover as if caught in a moment amongst the stone climbing on a wall and it’s quite an interesting sight to see amongst the city street and large trees in  Bute park. Walking in the sun along the high street I noticed several bright alleys with countless stores for a shopper to enjoy. 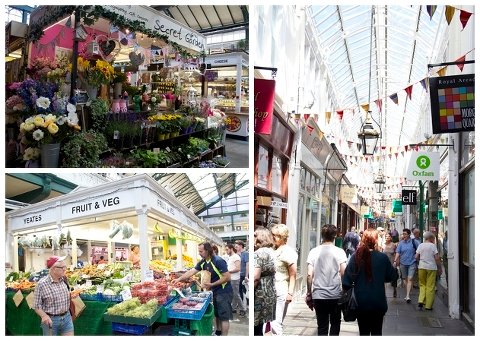 Cardiff market and one of the many alleyways 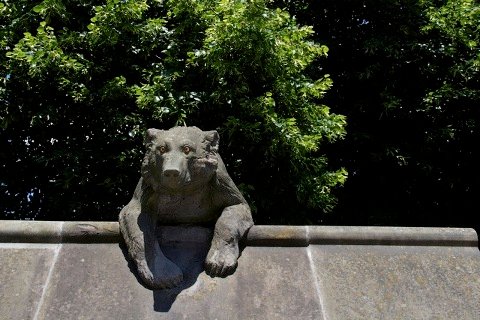 Caught in the act of climbing over the wall

As the sun began it’s descent towards the horizon and the tress swam past in a shade of evergreen I spotted two air balloons above the countryside on that train to Cardiff. This is what travel does that no words in a book or stories uttered out of a mouth can prepare you for. It is the very living of it all, seeing the world in a magical light.

Cardiff was the first place to really show it’s character in all it’s glory, despite my short stay and I’m so glad I made the effort to go. Wales is completely underrated and should be on any travel list worth writing. 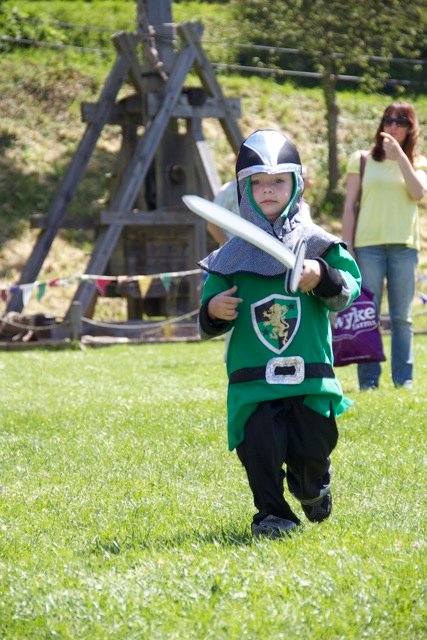 Tips:
For general information regarding Cardiff then here is the site.

If you are flying into Cardiff, here is the information on travel into the city, along with airport information.

Bute Park’s charm is not just it’s location, right next to the Castle grounds, but also the sheer size. Even on a sunny summer’s day it was obvious you could find a patch of grass and have an area around you almost to yourself. Being so central means it’s only a few minutes walk from downtown, with one entrance located at the end of the Animal Wall.

The Animal Wall is no longer situated in front of the castle as it was previously designed to be, however, as seen in the bear image above, the large trees of Bute park mix so playfully with these creautres climbing or seemingly hovering on the wall. It is one of the most visited sites of the city and you can see why.

The Cardiff market is an optimum place to see locals buying groceries or grab a quick bite to eat.

From the outside The Potted Pig is simply a sign and the interior leads down stairs. But if you make the time to go for a meal inside then you will have the joy of eating a delicious, seasonal meal inside what was once the largest bank vault in Wales. I can’t think of having had an opportunity to do this before.

If you would like to expand your stay in Cymru or as we call it Wales then here is a site to tempt you with activities and sites on offer.