Homemade chocolate pudding is one of those better than bought recipes that doesn’t require a ton of time, effort or ingredients. Sure it’s not as simple as the buy-in-the-store from the refrigerated section, but that comes in plastic and when you scoop it out it tastes like chocolate milk that’s been thickened, but not as good this this! It’s an easy snack and something that I was only introduced to at eight years old on my first trip overseas.

It involved twenty seven hours of travel time, the majority of this stuck in planes where we had two layovers and likely drove my mother nuts because she had an eight and six year old. Two kids who were used to running around all day doing their own thing, this was tiring and clearly something that would linger particularly in my life.

What could be so worth all that time? We were finally acquainted with my mother’s previous life. Berlin. The places she went. The people who were apart of her life before we ever existed. The scenery and sights where everything was exciting and new (there aren’t castles in every town in New Zealand like in Europe). It was also a time to meet real German food.

The delights of German bakeries filled with endless baked goods that we couldn’t get enough of. So many gifts of food bestowed on us and chocolate pudding. Chocolate pudding was not something we could just buy made in the supermarket, or at least it wasn’t something we were ever aware of, so we went through packets of these things during our stay in Berlin. Germany gave us a lot over those six weeks, but it particularly gave me many good memories of smiling to newly discovered foods I would devour.

Until recently I always made this from a packet, one day I sat down and thought about the simplicity of this and decided to attempt it without ripping a packet open. Making chocolate pudding shouldn’t be fussy or difficult, so this is what this recipe achieves by using ingredients readily found and a decent amount of cocoa powder to really make this a delicious chocolate treat without being indulgent by adding any of the actual stuff.

It’s the kind of treat you could sit down and have with your kids as an afternoon snack to tide you all over until dinner time. It’s also the kind of snack that is nostalgic for when you had time to sit down in the middle of an afternoon and chat about life.

If you don’t like cream, you can use milk instead, though this is thicker and creamier with cream.

This recipe would easily work vegan, subbing in your favorite dairy free milk and even 1 cup of coconut cream would result in delicious homemade chocolate pudding.

Directions:
Pour 2 1/2 cups of the milk and all the cream in a medium saucepan and set over medium high heat.

Place the cocoa powder, sugar and corn starch in a bowl and add the remaining 1/2 cup milk, smoothing until no lumps remain. 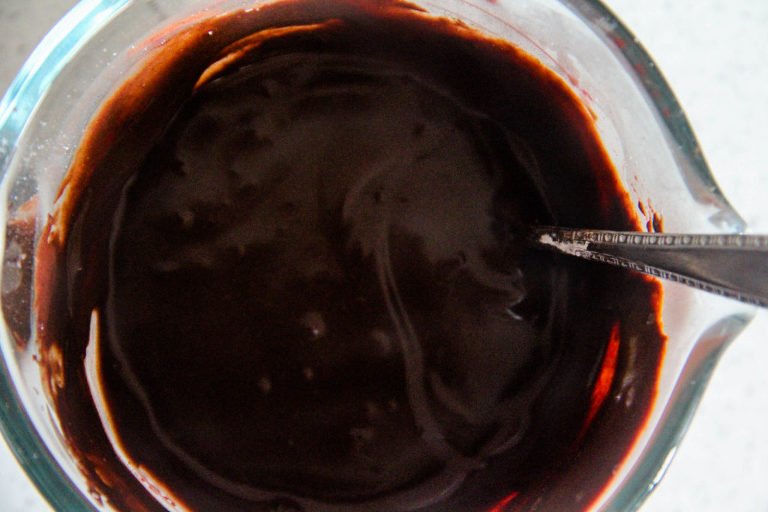 When the milk is bubbling lightly, remove from the heat and add the cocoa paste. Return to the heat and whisk constantly until thick approximately 3 minutes (you know it’s thick when the milk layer on top of the pudding is only on the edge). 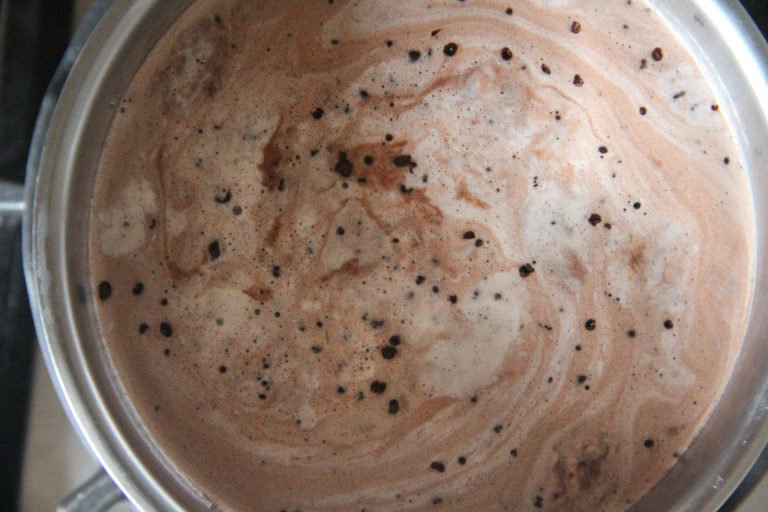 Pour into your serving dishes and refrigerate until chilled, at least 1 hour.

Serve with a little whipped cream.

Making this at home tastes better than anything store bought and once you know how quick it comes together, you’ll never find a reason to buy chocolate pudding again.