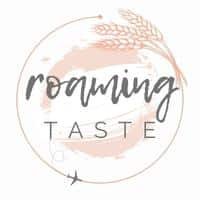 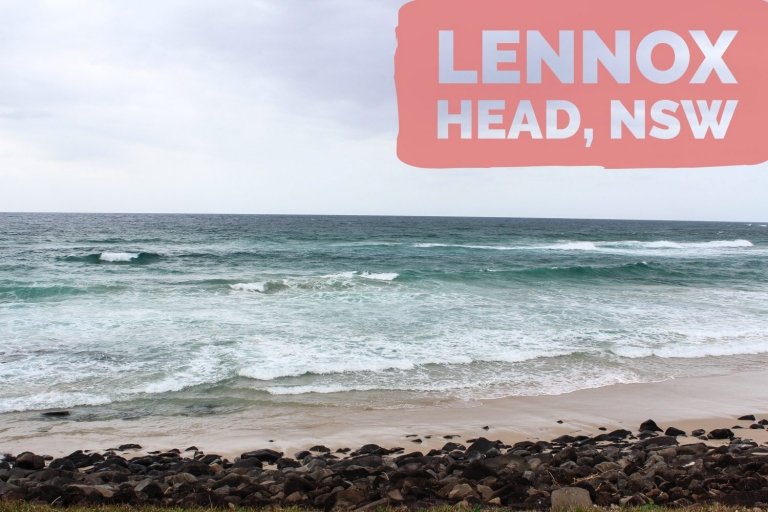 It took me twenty five years, but I made it.

For most New Zealanders visiting Australia is a passage of right. It is so mundane an activity in fact, that the first visit overseas is usually the great continent across the Tasman sea. Unlike most Kiwis, I hadn’t made it to Australia before gallivanting to other countries and continents, but finally, my cousin’s wedding has motivated me step foot on these shores.

Following in the footsteps of not making this my first overseas visit, I also didn’t visit any of the major cities like Sydney or Melbourne, rather staying in small Lennox Head for the wedding and family gathering. 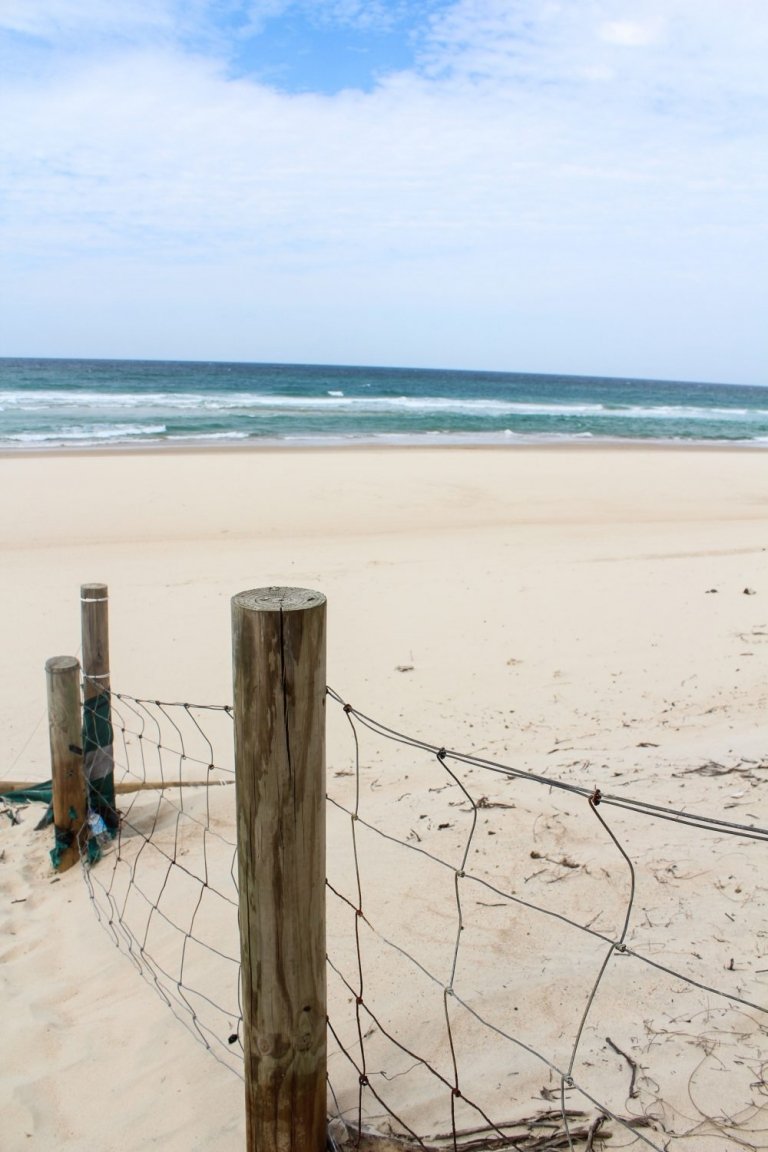 Landing at Gold Coast airport, where I was greeted by my father before swiftly departing to head south, firstly stopping at a sweet little cafe called Genki, on the road leading into Gold Coast city and had breakfast. We had already been awake for five hours and were not disappointed with what we ate.

The area of northern New South Wales leading to Lennox Head felt incredibly familiar for this Kiwi, from the golden beaches with a slightly wild tide to the way small communities stay close to the coast. We often think of Australia as being hot, but spring there is like most places in that it was colder than anticipated and the warm clothes I had packed ‘just in case’ were what I needed. 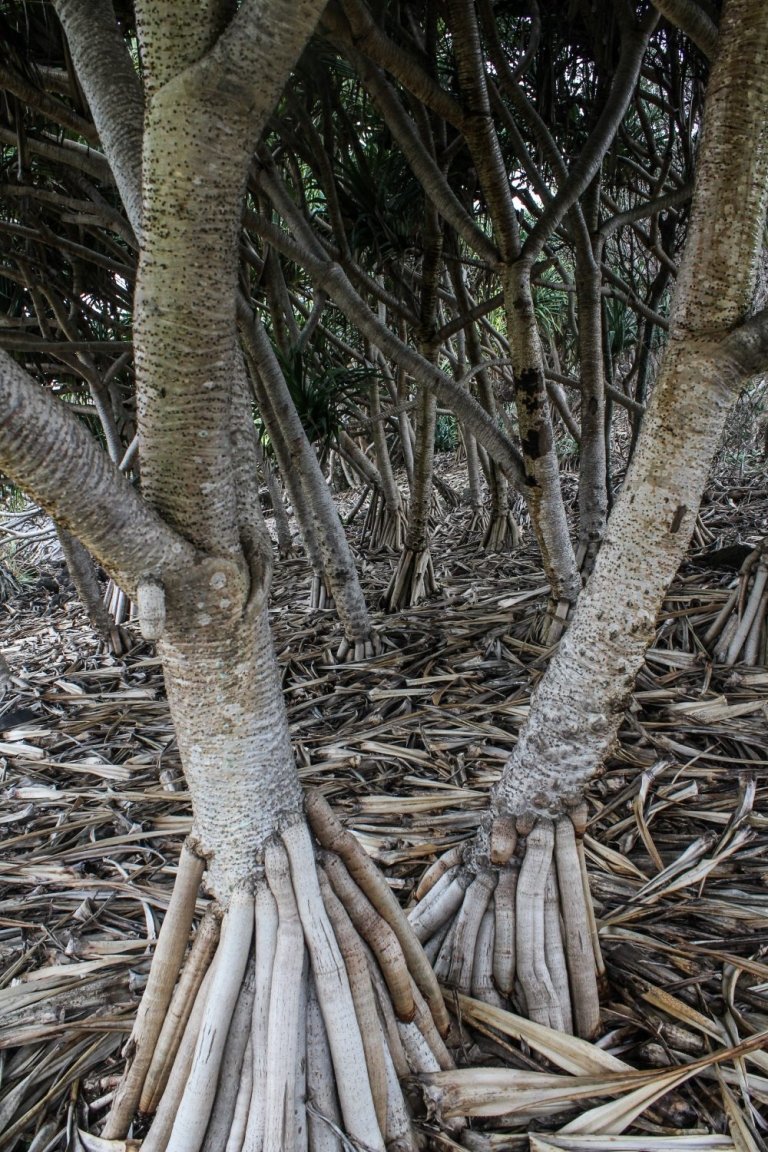 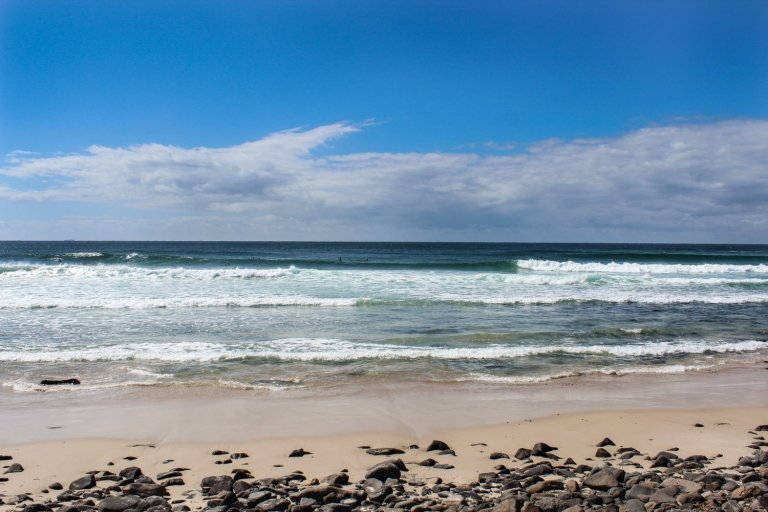 The scenery of Lennox, NSW is filled with varieties of birds, squawking, snacking and soaring. The Pat Morton trail next to the rustling sea and over the headland leads to views over the Pacific and is a perfect place to see whales and dolphins at the right time of year . 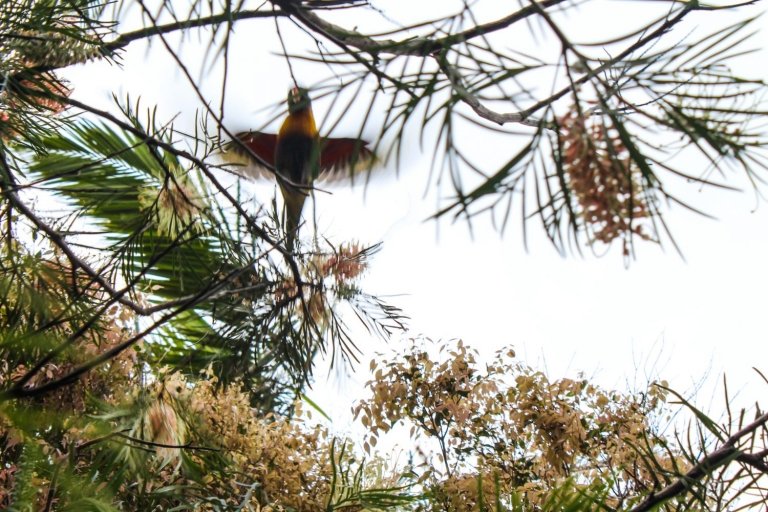 On the third day of my visit, alongside my family, we drove inland to a small town called Nimbin. Located not far from popular Byron Bay, Nimbin is Australia’s weed capital and is well hidden from the coastal wind, feeling both slower in pace than the coast and also like taking a step back in time to a different century.

With the sun beating down on us, we had to devour ice creams in this town whose name is synonymous with locals and tourists alike for marijuana (you can get weed tours specifically to Nimbin). The bright colors and sense of being nestled away from the hustle and bustle of economic Australia, this small village definitely left a mark. 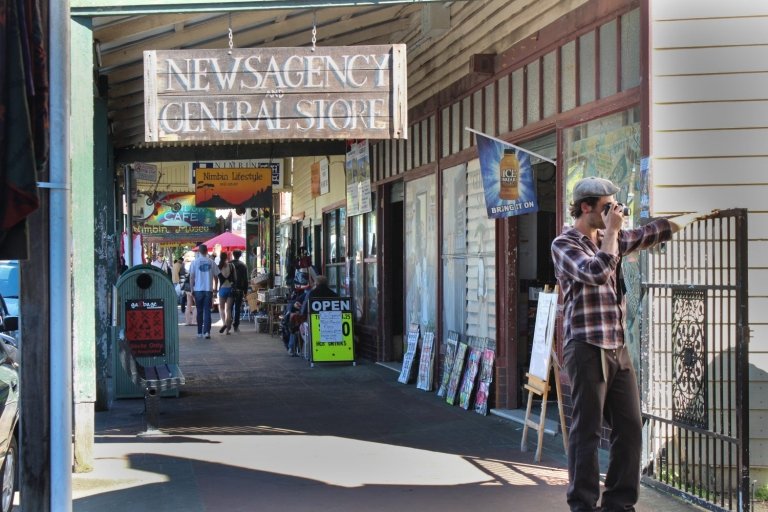 We then continued on after a walk through the main street to Minyon Falls, our true destination. We also realized we had taken the long way, so note if you are going to this part of the country. Drive to Minyon Falls from Byron Bay, not via Lismore, but the destination is ultimately about the journey and travel is all about being present so no one in our vehicle was too upset by this longer route. 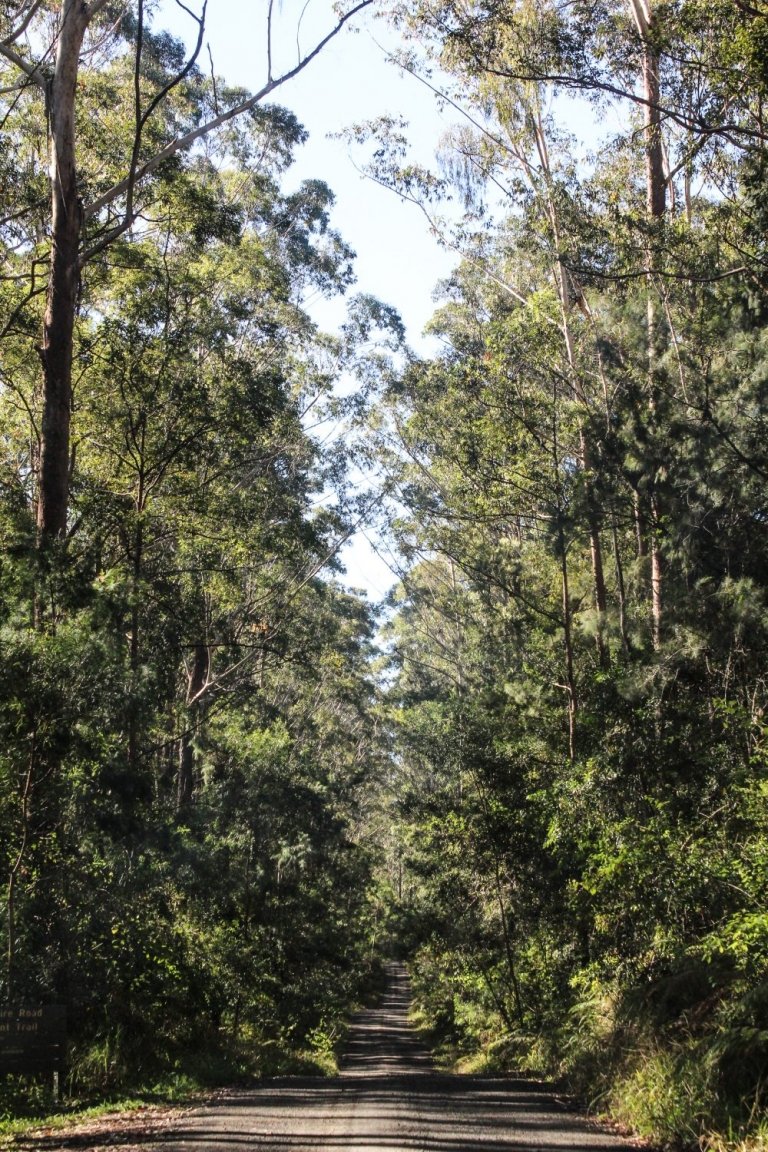 The scenery is filled with Australian bush surrounds in the way most visitors (myself included) would hope to see. The only thing missing were the koalas I was hoping to get a glance at, but alas, like the snakes, there was very little famous Australian wildlife to see.

As we made our way down the dusty road we watched out for the falls, we hoped they were around the next corner and soon they were.  By the time we arrived, it was late in the afternoon with barely a soul around, but too late to try and walk the track to the base of the falls. 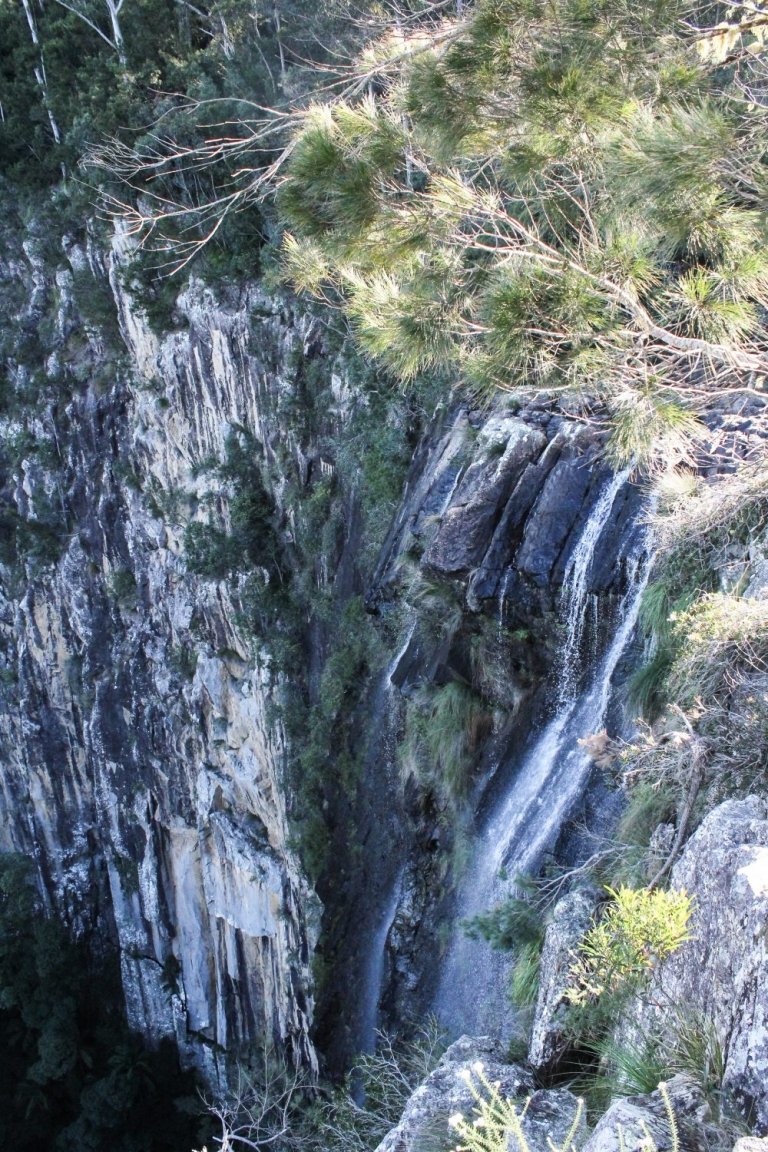 Minyon Falls has a 100 meter drop (328 ft) and you can hike to the bottom, unfortunately we would have run out of light and I had a pre-wedding girls celebration to attend. Instead we just opted to stand at the top and look down at the drop. 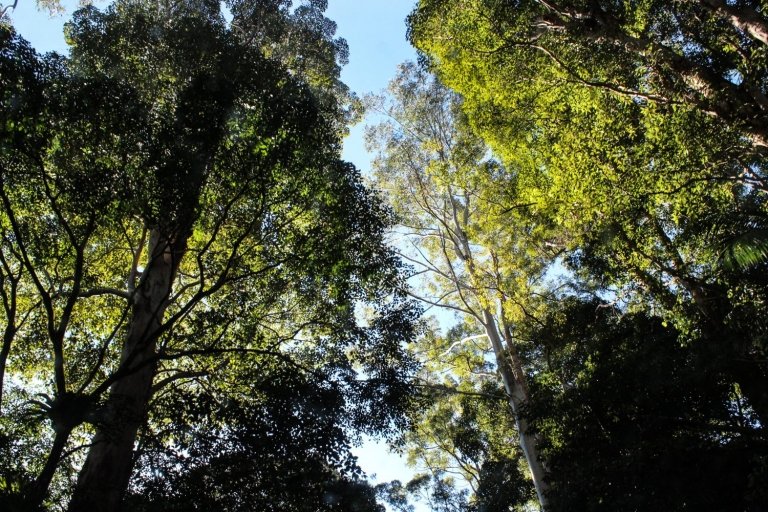 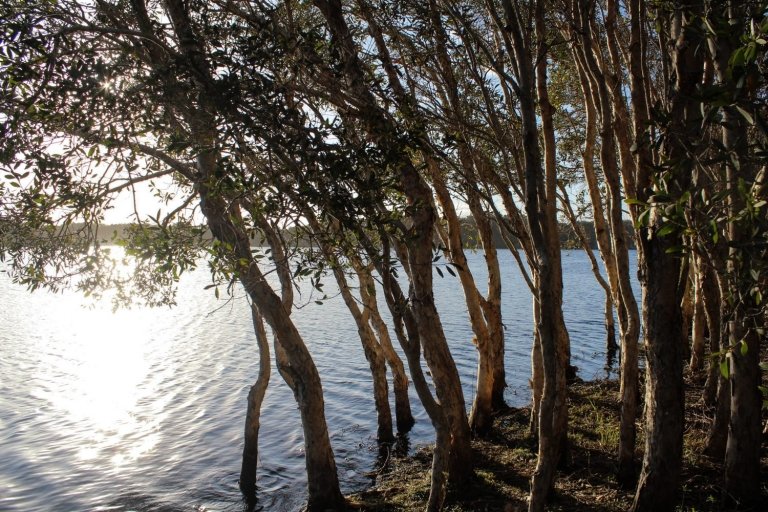 If you’re planning on visiting Lennox and surrounds, it’s best to hop into a car or catch the Grasshoppers tour which takes people from Byron Bay to the north of Lennox Head into Nimbin and Minyon Falls.

This part of the country has a lot to offer those willing to visit and this website is the best place to start.

This website uses cookies to improve your experience while you navigate through the website. Out of these, the cookies that are categorized as necessary are stored on your browser as they are essential for the working of basic functionalities of the website. We also use third-party cookies that help us analyze and understand how you use this website. These cookies will be stored in your browser only with your consent. You also have the option to opt-out of these cookies. But opting out of some of these cookies may affect your browsing experience.
Necessary Always Enabled
Necessary cookies are absolutely essential for the website to function properly. This category only includes cookies that ensures basic functionalities and security features of the website. These cookies do not store any personal information.
Non-necessary
Any cookies that may not be particularly necessary for the website to function and is used specifically to collect user personal data via analytics, ads, other embedded contents are termed as non-necessary cookies. It is mandatory to procure user consent prior to running these cookies on your website.
SAVE & ACCEPT