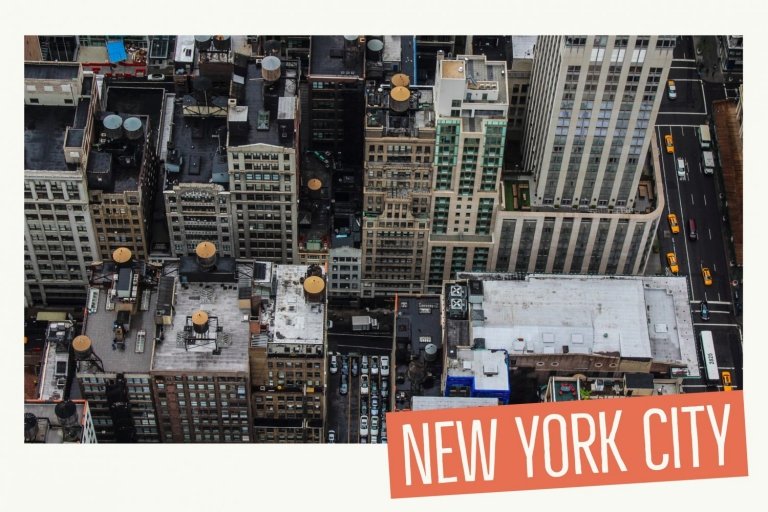 New York is a city of dreams – theater and business. It’s a city that’s rough and tough and the people who have been born and raised there come off like they’ve had a few more knocks than you or I.

With it’s rough and tumble attitude though it is an amazing and truly one-of-a-kind heart stealing city who’ll have you hooked for more.

Whether you’ve been there before or are planning on setting foot there for the first time, you’ll surely have an idea of the places to eat and things to see from the countless movies that are set here. Once there in person, though, remember to be fully immersed in what this city has to offer and not just think about what else needs to be ‘ticked off’ your must do list. 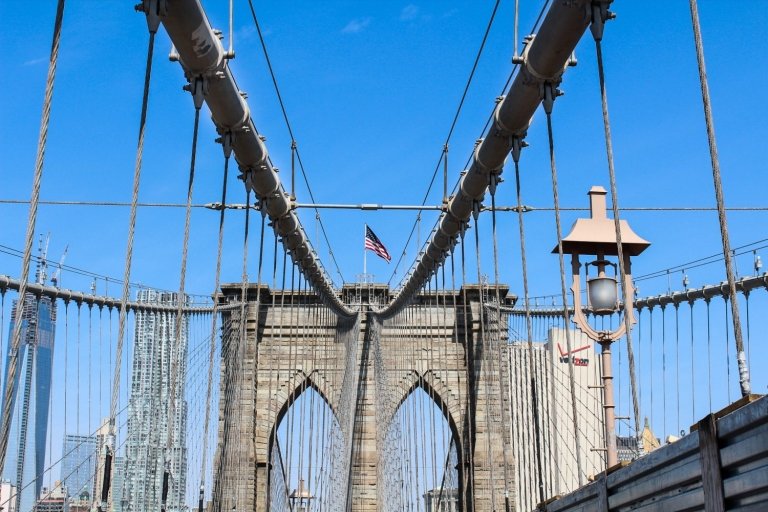 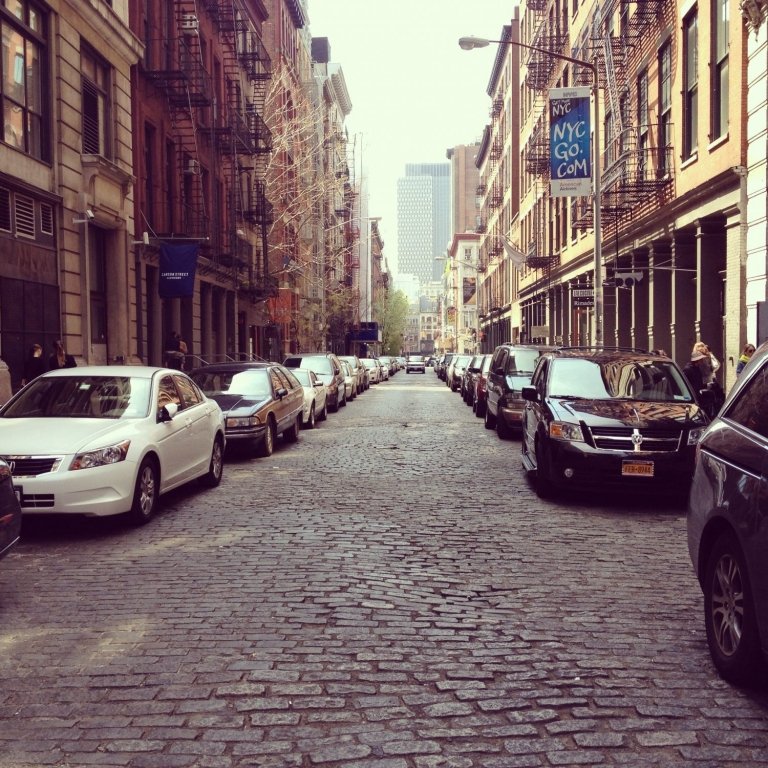 It’s a large mix of five very famous boroughs of which I spent all my time in the most famous and visited part of the city – Manhattan. Manhattan in itself is large enough to contain 1.6 million people, yet small enough that a walk from 60th street down to 12th street takes only over a little over an hour to navigate by foot.

There is so much to see, eat and be entertained by that it could overwhelm easily, yet its a well planned space for people of all cultures and backgrounds to be able to enjoy.

It truly is a city that never sleeps and while I tried my best to be able to enjoy the best of what Manhattan had to offer, four-and-a-half days just doesn’t allow for as much experience needed to fully immerse into the world’s best pizza, bagels and cheesecakes. 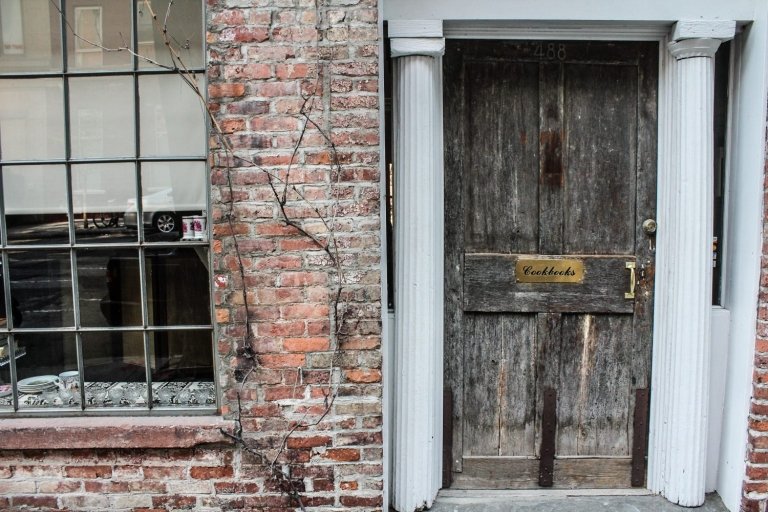 The Brooklyn Bridge is one of the most iconic pieces of New York landscape, its a shared bridge with bikers so watch out as I noticed many tourists did not pay attention and put themselves and the poor bikers in harms way. I suppose that is what happens on a Sunday morning when most people are still a little sleepy though.

Walking around the city it quickly became evident that spring is tulip time, a beautiful sight of a large variety meant I was transported back to my childhood with my favorite flower visible wherever I walked. 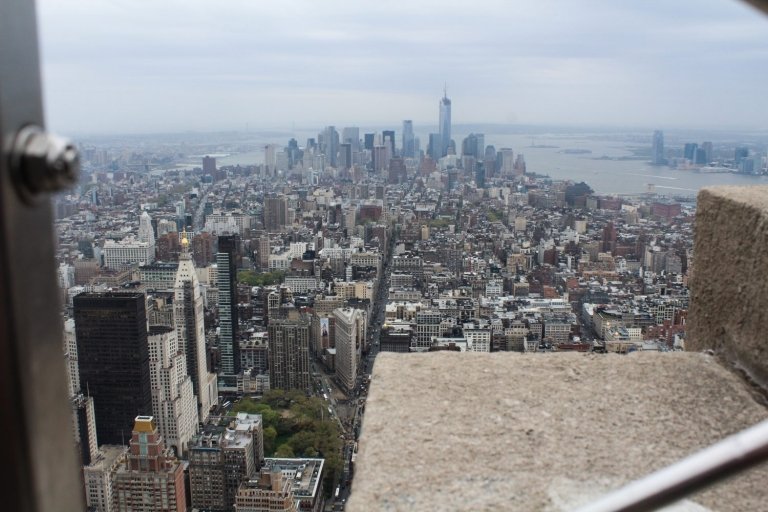 The Lower portion of Manhattan is filled with old architecture so much so that for a moment I wondered whether I was wondering around a European city. Sure enough a few more steps north led me to the edge of Chinatown reminding me that New York is a world in a city.

The only day it rained was my allocated day for my first visit to the Empire State Building. It was windy on the ground so the wind up there meant I walked around twice snapping pictures and than proceeded on to my next destination. Even in that weather though, New York is a beautiful sight in all directions. 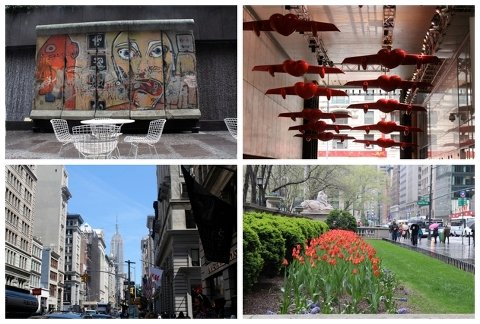 In my wanderings I stumbled upon some outdoor art in installations, springtime and architecture. Times Square in the rain is not half as much fun as Times Square in the sun. It felt quiet, crowds were still everywhere, but they were rather running for shelter or standing under buildings that protected them from getting wetter. The next day my visit to Times Square was how I know and remember it best, it was alive and vibrant with the endless billboards and people walking in every which direction. 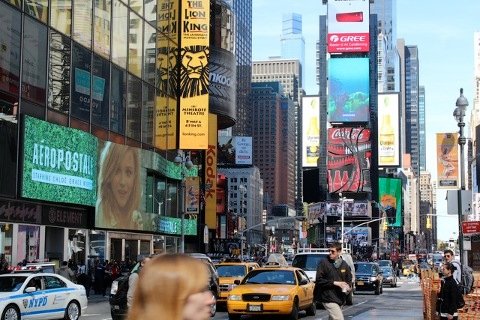 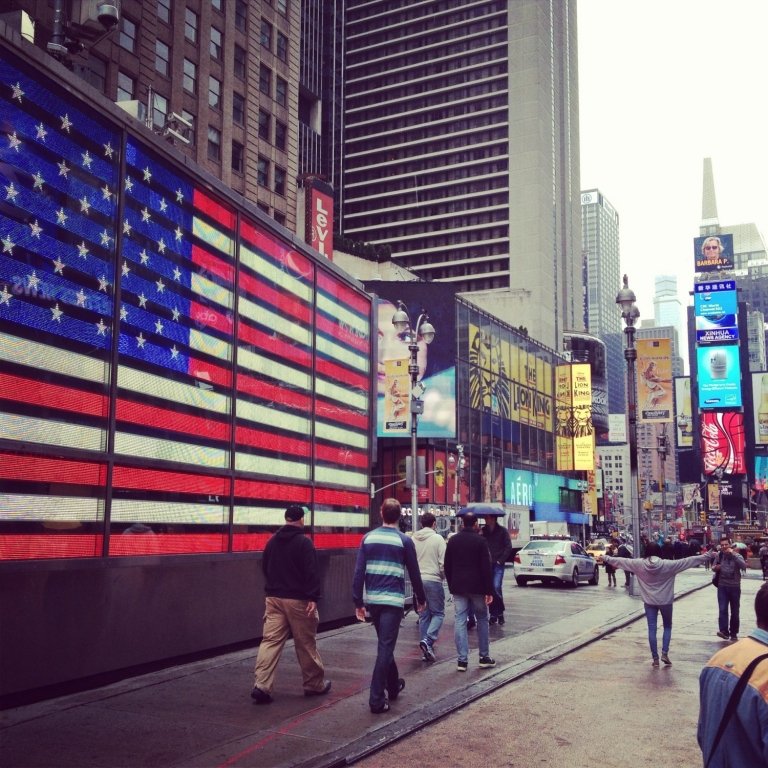 It’s a location that isn’t just lit up everywhere you place your eyes, no it’s the crowds that flock here for the eating and shopping and stopping to photograph that makes this very place so special. 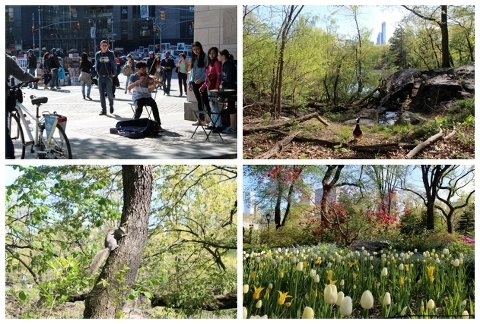 Of all the places I allow myself to go or get lost in, Central Park is my favorite place in the city. Sure, it was man made and it is more nature than city. But the locals can be found, winding down with a game of baseball or running or taking their kids to the playground after a hard day in the office. It’s real with the people who actually call this city home, not just another place tourists come. Taking up 8% of Manhattan island land it is not difficult to discover a quiet spot in this wonderful park. 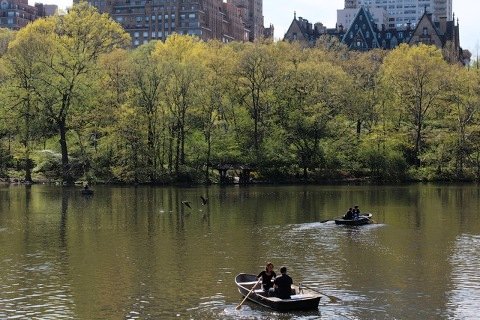 Sailing in the City with Geese Flying by

It’s also a place where you can row around water and be rejuvenated away from the honking horns and yellow cabs. It’s the heart of the city that rightly beats a consistent pulse in the crazy hectic world that is New York. 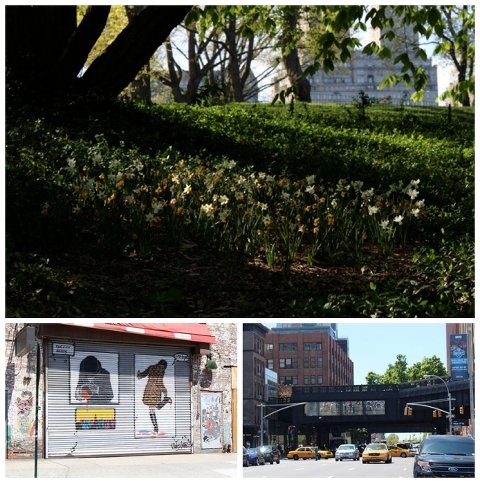 Wherever you go there is something to do or see or place your eye on. Simply its really all about what you choose to do with your time for your best time in this place.

My favorite place: The Fountain of Bethesda, Central Park

Now you can’t go to New York City without eating more than usual.

I ate my fair share of more food than necessary while in the Big Apple and did a little research on where to best go. For my cheesecake fix I walked past the lanterns and continued on to Cleveland Street and Eileen’s Cheesecake Store buying myself a raspberry white chocolate cheesecake on the recommendation of the girl behind the counter. The graham cracker crust paired with the cheesecake filling topped with the raspberry and white chocolate combination was a recommendation worth paying attention to.

When I sought out an authentic New York bagel I stopped into Murray’s bagels on 6th Avenue, I didn’t just want schmear on my bagel though so went a little too large, by ordering the Rivington Street bagel with salmon, sable fish, tomato and red onion. It filled me up well enough that I definitely could have shared this large order.

The longest trek I took happened to be on the wettest day and that was to step foot into Dylan’s Candy Bar on Third Avenue whose store originated in NYC, however, now has a further five locations in America. The staircase was even sprinkled with a variety of candy and lets say my sweet tooth took control of my sense in the store.

Of all the meals I had during my stay I craved only one and it appeared amongst the windswept rain on 6th Avenue in the form of a grilled cheese food truck named The Morris Truck. It was exactly what I had wanted as I arrived in town and it totally hit the spot. The menu is for basic grilled cheese aficionados and for the more higher class grilled cheese eaters out there too.

I met up with Sydney a fellow blogger from Crepes of Wrath who lives in New York and whose blog I adore over lunch at Beechers on Broadway. It was great having the chance to talk about food over food, who can’t love that right?

Tips:
If you have a smartphone one of the best things to prepare for your visit is to download the TimeOut New York app as it will alert you to events during your stay and insider tips to make the most of your stay.

For transport connections from JFK to NYC than this link will give you the best public transport options.

The High Line is worth visiting if you are in downtown Manhattan, especially to enjoy the renovated former freight rail line in it’s new glory as a park and if it’s hot (or you simply feel like it than stop for a bite to eat or a drink).

With the opening of One World Trade Center and the events of 9/11 the memorial downtown has to be booked prior to visiting.

For an indoor food market you cannot go wrong with Chelsea Market.

New York is home to many museums, most of which are located on Museum mile between 82nd-105th avenues on the Upper East Side, but here is the full list and locations of museums to visit during your stay.

Brooklyn has a lot to offer and if you can, be sure to continue across the Brooklyn Bridge to see some of what it has to offer. To begin with here is a first stop guide of the borough across the Hudson.