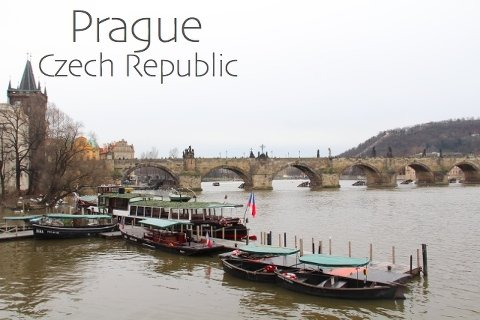 Riding the train into the landlocked Czech Republic in the darkness of night, there isn’t much to suggest of what you will see upon rolling into its largest and capital city, Prague, or better known as Praha to the locals. Expecting a winter wonderland, even on the coldest day during my visit there was no forecast of the white stuff in this city that is known for being great to visit during the dark season.

Within five minutes walk from the main train station, you find the streets busy with trams, people and street music reverberating through the air. Once day breaks there are countless segway tours to get on and the Charles bridge with it’s many many statues has an endless array of tourists that cross it to and from the castle that stands on the small hill overlooking this historic city. 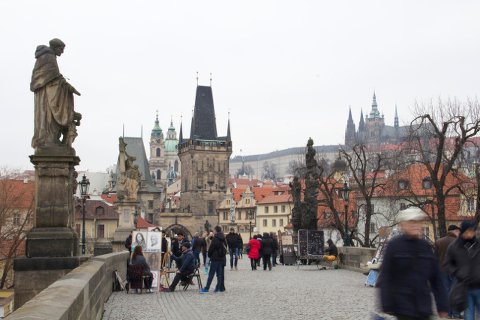 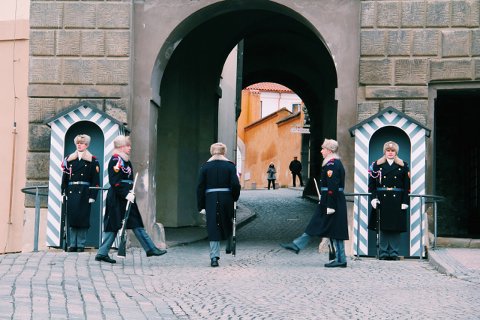 Founded by the P?emyslid dynasty around 880, around the same time as Prague castle was begun to be built, standing today as the largest ancient castle in the world and as the official residence and office of the Czech president.

The Vltava river intersects and there are many bridges to cross, but the most famous is the Charles Bridge, which was completed at the beginning of the 1400s and was the most important connection between the old town and the castle until 1841. Walking along the bridge with the flurry of other visitors there are 30 statues to stop and distract from the buskers and beggars, usually a perching ground for the pigeons, there are plenty of photo opportunities here. 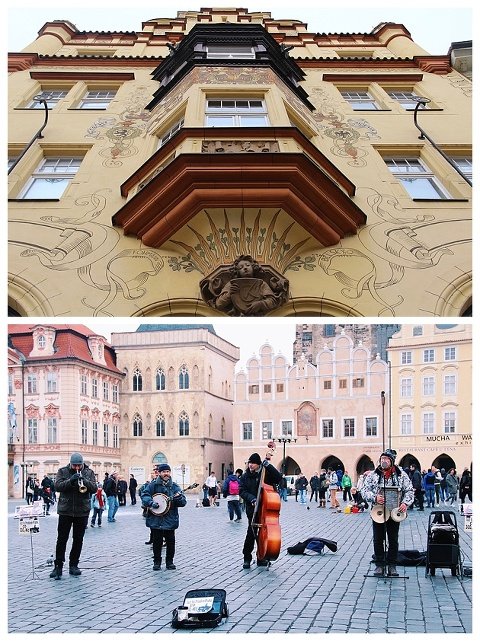 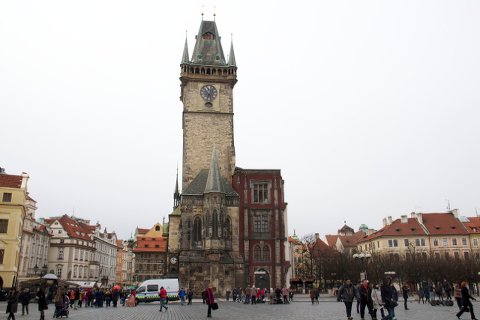 Amongst the many historic things to do and see, the reality is Prague is tiny and you can see the most prominent, important sites in a day (or half a day if you are efficient) and than get to exploring the new pieces of this city that are evolving with so many art galleries and independent shops to enjoy, including countless glass shops or even a glass factory tour.

Three of the various art galleries alone are worth detouring from the typical sights: The infamous camera brand Leica has a local art gallery. Meetfactory is an internationally renowned gallery with local and foreign art and Hunt Kastner who’s art focuses on new up-and-comers. 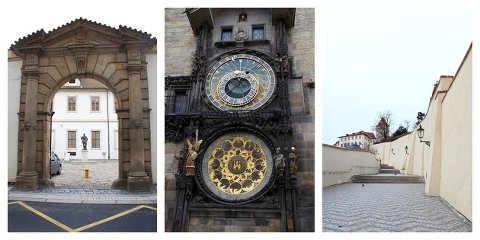 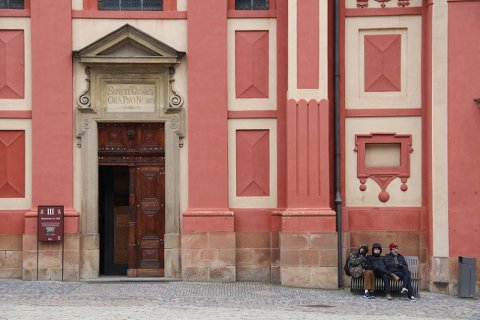 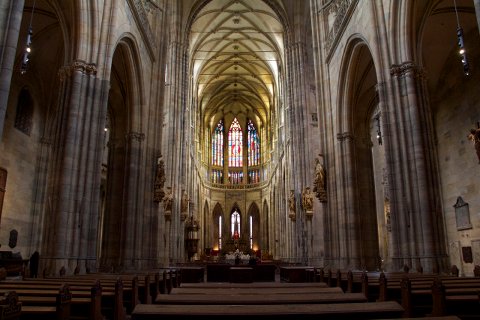 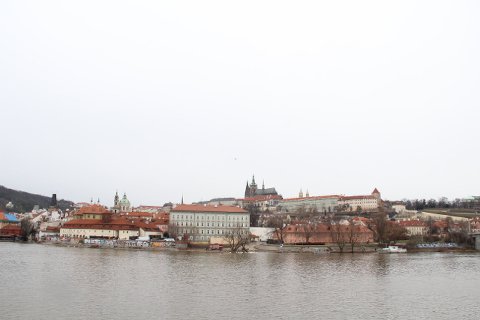 After all this sightseeing it is good to sit down where a cheap beer and a hearty meal of meat and dumplings can be found in droves. For around $10 you can get a a traditional meal to warm up and a beer to accompany it, there are, in fact, a large assortment of local beers and people speak plenty of English so don’t be afraid to ask for the servers suggestions.

For pastry treats, look no further than the trdelnik which is spooled around a stick and cooked over an open flame before being topped with sugar and ground walnuts (sorry to those allergic to nuts). If you would like a great coffee to go with your trdelnik than look no further than Original Coffee which was featured in the New York Times for it’s good caffeine. 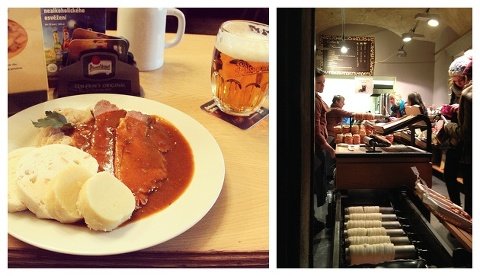 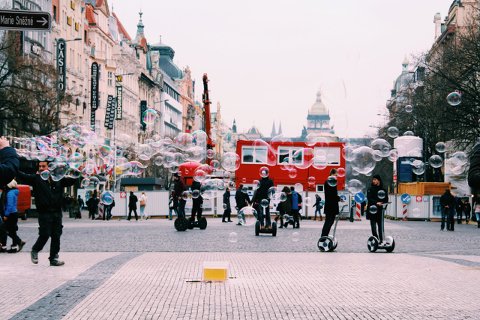 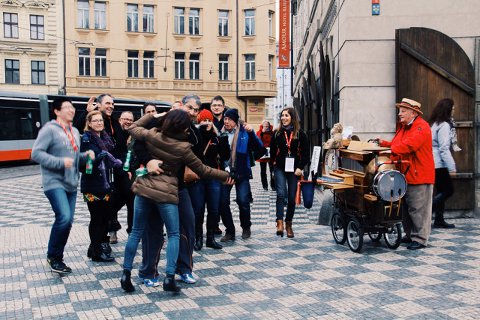 One of Europe’s most visited cities, Prague knows how to show tourists it’s backbone with free tours being offered in and around the main square throughout the day, even after sun sets. Its a city where people play music on accordions and sing into microphones that look like they still live in the 1920s and the architecture suggests you in have stepped foot into a world that is much older than the 21st century, but if you look a little further you will discover a modern city with a heart of artistic creations. Now would be the best time to go and discover this city before it becomes ever more popular. 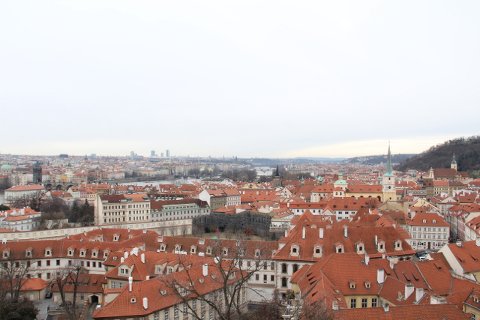 Across a piece of the city from Prague Castle

Tips:
For all information for your visit, check out this site.

National Geographic has published a list of Free things to do while in Prague.

The Jewish quarter of Joesefov near Old Town is worth a visit with its unique and interesting history dating back centuries. One of the most fascinating pieces of history in this neighborhood belongs to World War II when Hitler wanted to keep the neighborhood intact as a museum to “an extinct race,” thankfully his plan wasn’t fulfilled and the buildings in this area were left untouched by the brutal war.

If you are walking towards the Charles Bridge from Old Town, you’ll likely see a sign for a Medieval Torture Museum, cheap and very interesting this place is worth the 20-30 minutes you’d need to discover a side of Europe that is rarely discussed or commented on. The brutality in human history really comes to the forefront with the weapons of torture designed to hurt those who were considered witches or heretics, basically anyone not in line with those in power was destined to be shown how to fall in line or more specifically die slowly.

Known for being a city with great art and entertainment, be sure to check out Prague Timeout for whats on during your visit.

Only have 24 hours in Prague? Look no further than this article.