Texas is known for being big and bold with a background of ranchers, astronauts and Presidents. The Lone Star State has a bold history mixed between the Native peoples, the European settlers and pieces of French, Spanish and Mexican colonization.

Of all the states I’ve stepped foot in I was never yearning to go to Texas, it’s my 16th state, so one day it will be nearer the middle of my total tally. Coming from the tiny almost invisible land of New Zealand means small is great – the Texas motto of ‘Bigger is better’ never really spurred me to visit. In fact I never would have gone without the notion of seeing very important people.

The state itself is huge so I’m only going to give you a little insight into two particular places, particularly Austin. It’s a state of surprises and varied people like all over the vast land of America. Yes, Texas is truly a piece of the United States in it’s weaved patchwork of life and culture.

Let’s start with Dallas, which I landed into and patiently waited for my dear friend Bobbie and her sister Melissa to arrive after their very early wake up to drive across state lines from Mississippi. Greetings, hugs and my luggage stacked up in the back seat we were off. 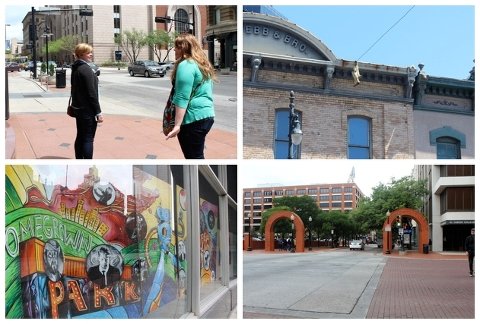 The next two days passed the three of us faster than anticipated and the cold enveloping Dallas made it rather difficult to enjoy the city as much as possible. After driving in circles a little we stopped by Braum’s to enjoy three banana sundae’s when one would have sufficed. Needless to say we were full on ice cream.

We then caught up after some years apart before waking up the next morning and ran through the freezing wind to take shelter over a warm lunch and braved the temperatures we hadn’t packed for to make it to the Sixth Floor Museum. Somewhere I had not heard of, nor understood how important this was before we were walking next to the building and seeing that historical site within view. The upcoming fiftieth anniversary of Kennedy’s assisination felt that much weighter walking through the museum and getting a deeper glimpse at life during that fateful time.

Our last night together we ate away our evening with another friend I hadn’t seen in 5 years at the Londoner. Over much conversation over our recent pasts and forthcoming futures the night passed by much quicker than anyone of us would have liked. The next morning as I hugged my lovely friends goodbye I got on the bus to Austin. 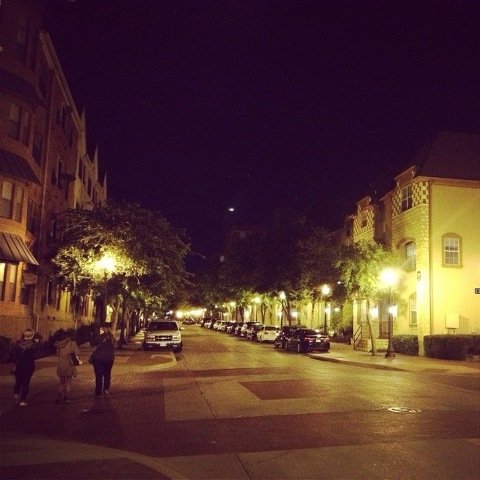 Walking away from the Londoner

Dallas Tips:
Dallas Fort Worth airport has to be one of the best airports I have landed in during my US travels and the skylink trains make it a breeze to get between terminals and from one gate to another as quickly as possible.

You need a car to get around the vast city whose veins comes in highways and here is a list of the best places to visit while in the city.

Austin is university city with the Greenbelt river running through it. It’s a city that would appeal to a large variety of individuals seeking outdoor activities, live music or theater.

It’s is a cool town and very clearly a city that bustles just as much at night as it does during light hours. Walking down 6th Avenue you are called into bars with offers of cheap alcohol and the live acts beating and singing within flow out onto the street.

It’s a city with chains of juice bars that offer an extensive list of healthy vegetarian/vegan friendly fare, perfect for the crowd that almost feel hippy. It has Barton Springs for it’s water feature, with kids jumping off the diving board or the dog park where dogs can cool down in the hot Texas heat. 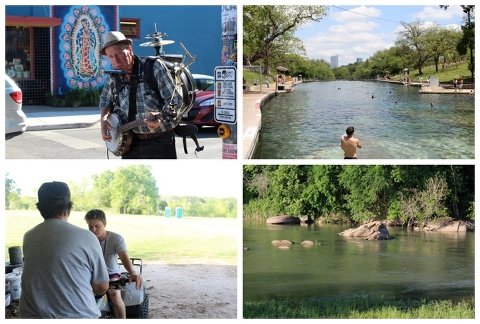 After a few days I thought of Austin more as a beach town, not a lake/river kind of town. The people are relaxed, they know how to have fun, you can tell from the endless bars around every corner downtown or the people who move here for the artistry linked to the city. The people care about their health which is all the more unsurprising when you consider Whole Foods Market originates in this very city. 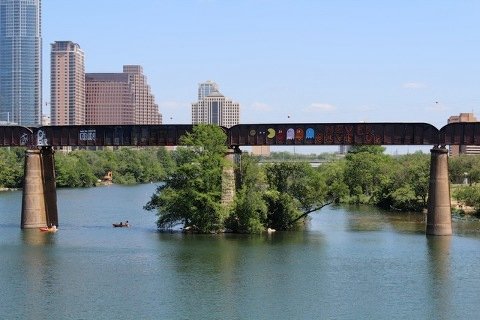 James took me out to the Ranch to experience some real Texas, riding on the back of the four wheeler with him at the helm for the first time since I was a child I looked at the landscape in magic hour hoping for an eagle to fly overhead as there is a nest nearby. Alas, no animals wanted to show their faces except the ranch cows.

James and I on a Saturday afternoon/Congress sight

I ate a lot on my visit, a lot! From Easy Tiger which is a German beergarten kind of place with pretzels to buy or sandwiches to devour. One of the foods I was advised I had to try while in the State was tex-mex food, a type of specialized Texan mix of Mexican – Polvo’s did just the thing. Topping off a day I also tried Texas Barbeque for the first time – something that definitely requires a little more preparation than the barbeque I’m accustomed too with a stop at Rudy’s. Stopping into the East Side Show Room for a snack was an experience of stepping back in time, everything felt full of grace of days long gone, including the food. 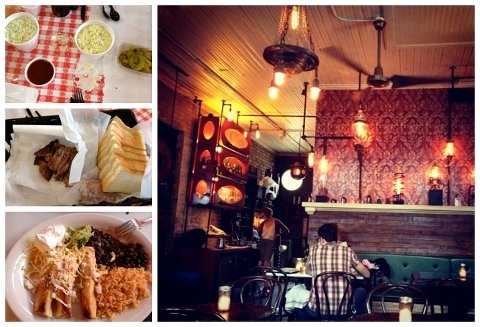 Texas wasn’t as overwhelming as I thought, nor was it somewhere I would count out from visiting again. Austin is welcoming, it’s a place that easily feels comfortable while Dallas is large and somewhat difficult.

I thought it best to finish with some Texas country light, clearly beautiful and worth making the time to see at least once more. 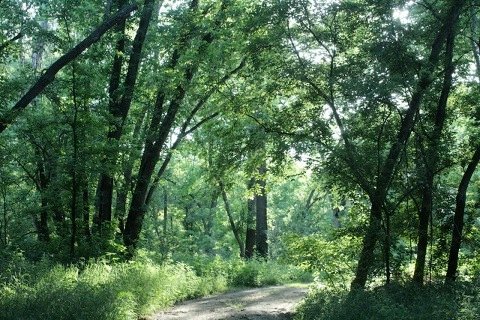 Magic hour light at the Ranch