The Perils of Long Distance Living 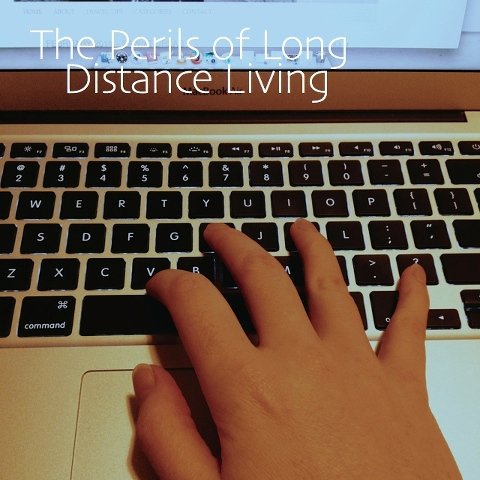 Last year, when I ended up admitted to hospital; I laid in my hospital bed and convinced myself that my brother’s texts and the resulting support via technology was enough to prove that while people may be far away physically, they really are never far emotionally.

You can feel a sense of love and support from those that matter regardless of how far away you are from them physically and a text message can suffice as much as a visit to your hospital bed. It’s something I told myself over and over again as each new day I woke up to more tests in a room with too much beeping.

I convinced myself of that because that is all I could do. I well and truly believed this until last week when one of my best friend’s lost her stepmother to a battle with cancer.

During that hospital stay I wiled away my time imagining what my father and brother would do had they visited. We would likely have all laughed over silly things. Or what that best friend and her family would have said to make me laugh despite my horrible hospital gown and stockings. These imaginary situations (hospitals are dull when you are fully alert) kept me going as day after day I looked out the window at the ever turning world.

The entire time I didn’t feel alone although I actually really was with the exception of some outstanding individuals who made time to stop by. So, once I left that building with more happiness than I could have ever thought possible, I didn’t feel alone.

Text messages and the very rare Skype conversation made up for all this distance and I thought it would suffice as it had so far. There have been so many times during my stay in London or previous countries I resided in where the click of a button of an email to a friend would result in  a statement from them “I was just thinking about you the other day.” Or “I was just about to email you” comments. Yes, being on people’s thoughts can make them feel so much closer, but being reminded I couldn’t cook a meal or simply give a hug to people I care about felt eerily gaping.

Sitting on the tube reading that she had passed gave me a sense of powerlessness of being here and unable to help like if I lived nearby. A call to a mutual friend here in London to pass on the news resulted in both of us commenting how distant we felt from them, how sending flowers or a basket of muffins just couldn’t make up for not being there.

In this world where boundaries and cultures are becoming ever more tangled (one of the biggest positives about the twenty first century), there are more people than ever before leaving their homelands for various reasons and finding themselves in this predicament.

One is, of course, never aware of this until the bags are packed and the plane boarded, where those nets of home have been cast aside and all you know has been fled. Even if the language is the same, the culture will more than likely be different and there are so many other things you won’t know until feet are on the ground and you are in the hustle of experiencing a country in all its reality.

No book or series of google map images could prepare you for this and for every person who eventually goes back, countless others never return. One thing becomes clear the more you depart from your home or the longer you stay away, there is a choice we all make when we book those tickets, give our loved ones hugs and depart.

Some of those we leave behind, and may have known through thick and thin, know that whatever happens we won’t be there for life and all that comes with it.