Happy Sunday! I hope its full of bright sunshine and relaxing vibes.

Today’s interview comes about because of Instagram, for I would never have known who Dan Seidman was without it. I can’t tell you how I found him, though it was likely on one of those prompts of ‘you’ll like images’ and I’ve followed him from afar ever since with his photos speaking for themselves.

The Chef Dan’s clean and modern recipes are beautiful to look at and after a while of loving his Insta photos, it seemed only too perfect to interview him for Five Questions, read on for three essentials to making a standout burger and a simple noodle recipe that Dan has gotten a lot of great feedback on.

1. What originally attracted you to cooking?

2. If someone feels cooking is way too difficult, what is one tip you would give them to give it a go?

Start with a proven recipe, but don’t worry about following it too closely.  It may seem counterintuitive, but most recipes don’t need to be followed exactly .  Use them as a guide rather than as a strict manual.

By putting your own spin on a recipe, you can modify it in a way that keeps it simple and in your comfort zone.

3. You love a good burger, what are three essential ingredients to make one a hit?

First, ingredient is definitely the meat.  I usually go for ground chuck when I make burgers. If you can get it freshly ground, even better.  Stay away from lean beef.  Part of what makes a burger so good is the fat in the meat.

Second, key ingredient is salt (and pepper).  Don’t be shy when seasoning your burger.  Make sure each side gets a generous amount.

It’s hard to pick only three, but I’d say the next essential ingredient would be cheese.  Make sure you put it on right after the flip to make sure it gets nice and melty.

4. A lot of your food is comfort food (aforementioned burgers, pasta, donuts), what about comfort food do you personally love?

Hard to say. I think it just tastes really good.  A big part of it is that it’s not something you (should) eat everyday so when you do eat it, it’s really satisfying.  Comfort food is something that I also like to enjoy with other people so there’s the social aspect of it as well.

5. What is your favorite go to recipe when you are entertaining friends?

One of my go to’s is pesto pasta.  I’ll make a big batch of pesto and toss it with some spaghetti or rigatoni.  It always seems to be a hit and couldn’t be simpler to make.  I also always make extra so I’ll have some in the fridge for later.
One of Dan’s favorite simple recipes is these Sriracha honey garlic noodles. “They are very simple to make and I’ve gotten a lot of positive feedback from people who have made them,” the recipe is below. 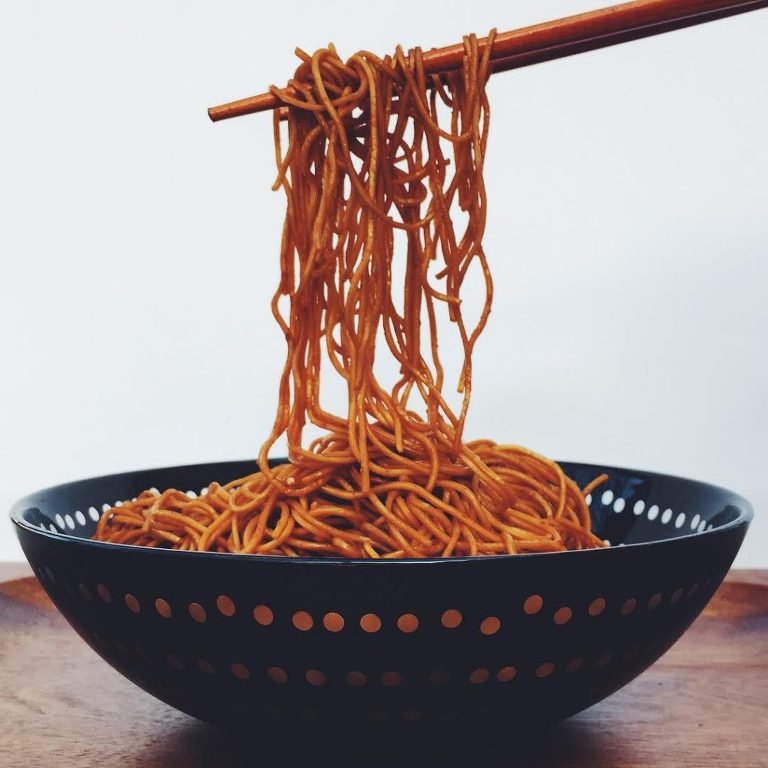 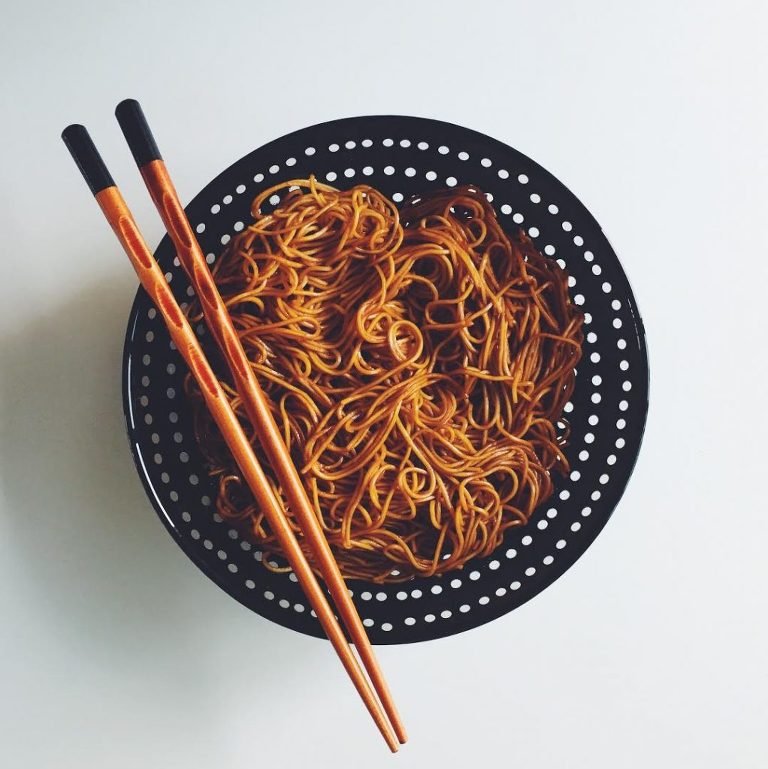 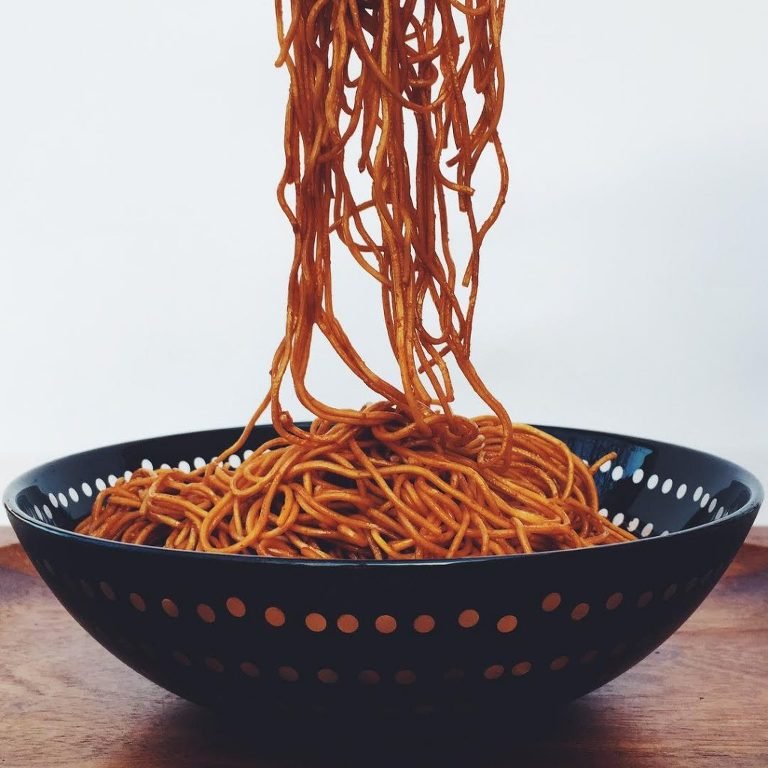