Cinnamon rolls. Cinnamon bun. Swirls of warmed through sugar and ground cinnamon. I love cinnamon. That woody spice infuses so many memories in a mouthful and it’s warm, satisfying and moreish in the way only a little can go such a long way!

It conjures up memories of comfort dating back to my childhood where I would have a hot cocoa in the middle of winter just before bed. I’d be cuddly in my pajamas after a bath and get to drink this smooth drink with the perfect accompaniment of cinnamon added.

Even the word flows in an odd sort of way, cinn-a-mon.

It starts and stops, but the word is all its own, perfectly unique. And then there’s the taste; the smoothness of the smell, flavor and even aftertaste.

I could eat cinnamon every day if I wanted, of course its something that doesn’t get to be it’s own star in many recipes, but here in the Cinnamon buns is where it shines.

This week I found inspiration in a few blogs; women whose approach to the world of blogging is fresh no matter how many delicious things they make. One has led me to create something I’ve been afraid of making myself for quite some time.

You see, cinnamon buns are one of the ultimate indulgences. If I could not create something that tastes as good, if not better, then ones I can buy I’d feel as though I wasn’t very good at the science of putting ingredients together and creating something that brings a smile and warmth to the body.

To celebrate a new location I thought why not blow caution to the wind and make this.

So here is my attempt at Cinnamon Buns.

Directions:
Place the yeast and milk in a bowl and allow to dissolve for 10 minutes. Once bubbling, add the flour, sugar, butter, eggs and cinnamon in the warmed milk and mix with your hands. 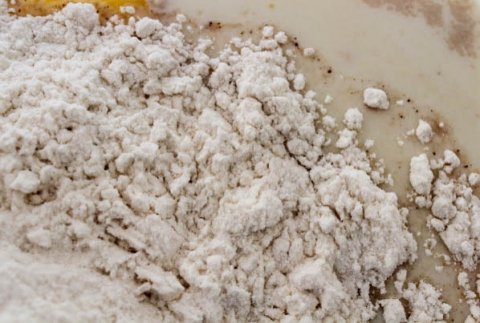 Once all ingredients are combined, knead the dough until it is smooth. Place in a warm area for an hour or until it is doubled in size.

Roll the dough out between parchment paper into a rectangle and about a 1/4 inch thickness.

For the filling, soften the butter and spread with a butter knife or pastry brush evenly over the surface, leaving a 1/2 inch edge.

In a bowl, mix the sugar and cinnamon together and spread on top of the butter mixture.

Roll the dough carefully and slowly to ensure it is a tight scroll.

Slice into 12 even pieces and place a lined tray and allow to rise for an hour.

Preheat the oven to 200°C/400F and bake for approximately 10 minutes or until lightly golden.

Set aside to cool.

Meanwhile, place all the frosting ingredients in a bowl and blend on medium until fluffy and light, if there is still a slight yellow tinge add another 1/4 cup icing sugar and beat until well combined. 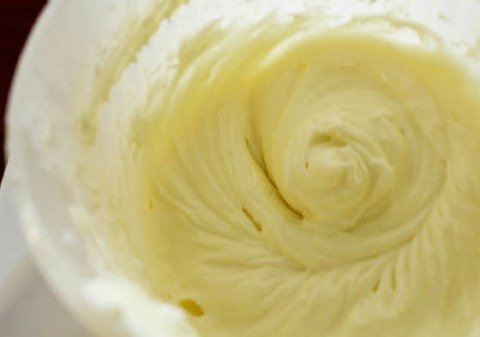 Pipe or spread the frosting over the buns when they are almost completely cool as the frosting won’t melt this way.

They are best served slightly warm with the frosting slightly gooey.