With my three hundredth post coming up there is not one brownie recipe to be found. Yes, in the past almost three years of blogging here I have never once posted a brownie recipe, it’s not that they’ve not been made in some of the many kitchens I’ve baked in. It’s just that brownies and I have never bonded enough to succeed.

Since my teens, I have tried and failed endlessly to make brownies. I’ve tried vegan ones and super buttery ones. Ones that required cocoa powder and chocolate. There have been recipes with walnuts or hazelnuts or completely without. Ones that were fail proof to others. I’ve heard the words “an idiot can make brownies” and “brownies are one of the easiest things to make.”

Oh, yes, any idiot on the planet can make brownies in my condescending Mindy Lahiri voice, obviously I’m a hopeless idiot. Or at least I was until this weekend. Something happened, maybe pigs flew somewhere or the moon turned blue for a second…but these brownies worked.

They worked! Oh and these are a one bowl kinda mixture so the clean up is easy enough to convince you that these must be made. I mean c’mon, one bowl and five ingredients. This recipe is basically asking you to give these a go and you won’t be disappointed.

So the lesson is that even when you have failed many times and tried many routes, putting your head down and giving something another go can result in success. Even if they are just brownies this accomplishment was so worth the wait and for once I could share without embarrassment of another failure.

Directions:
Lightly grease a baking tray and preheat the oven to 180ºC/350F.

Place the butter and most of the chocolate (leave some aside for the topping) in a heatproof bowl and melt over a double boiler, stirring to ensure the chocolate melts evenly and is smooth. 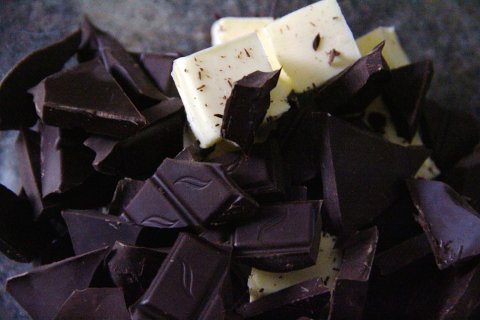 Add in the sugar and whisk to combine, until it looks to have mostly dissolved into the chocolate.

Adding in the eggs and whisk until well combined and smooth.

Lastly, add the flour and fold through the mixture until just mixed. 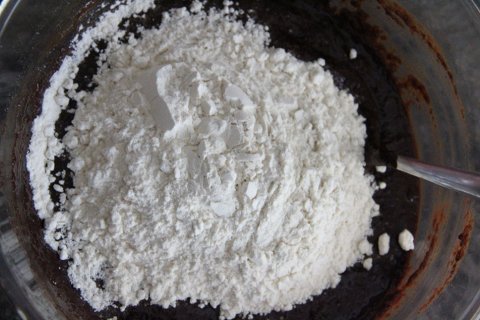 Pour into the tin and spread evenly.

Top with the remaining pieces of choclate and sprinkle over the salt. 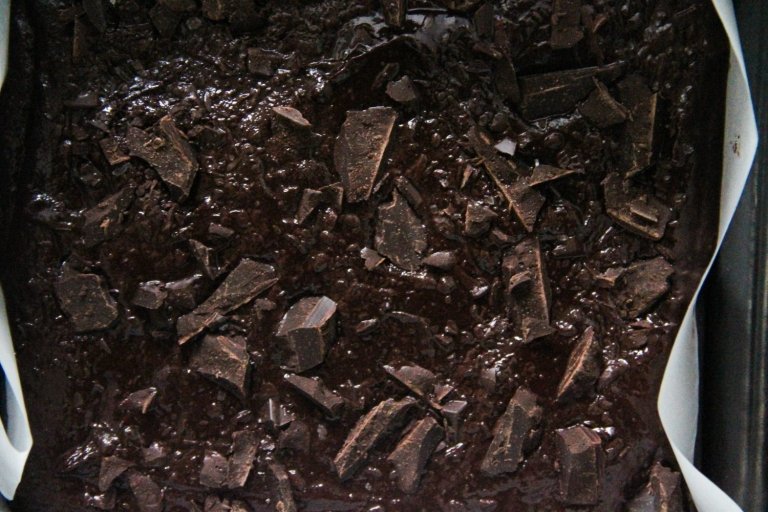 Place in the oven and bake for approximately 18 minutes or until just set on top.

Remove and allow to cool completely.

Slice into bars and serve with or without vanilla ice cream.